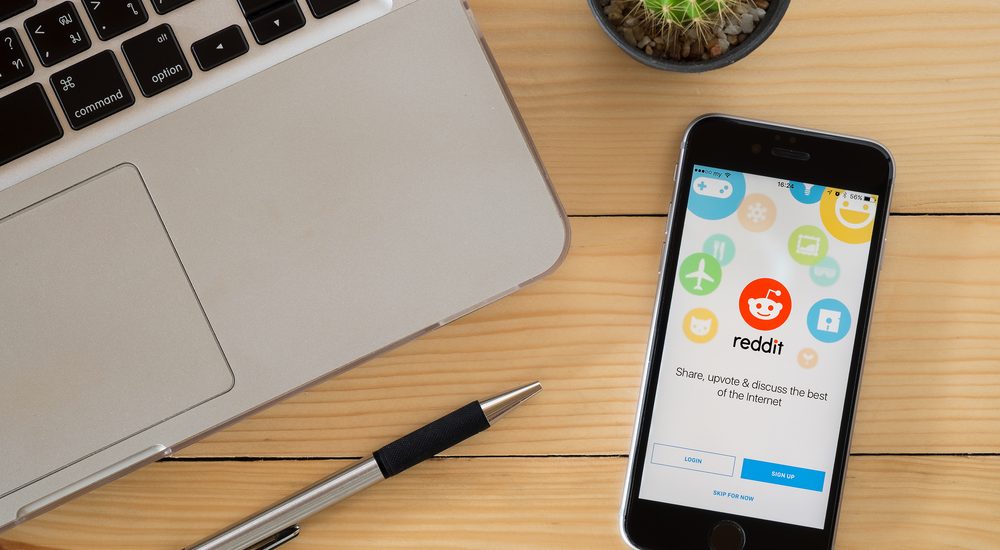 Reddit isn’t quite like other social sharing networks like Facebook or Twitter. It’s a social news and media aggregation and discussion website. Registered users provide all of the site’s content, and other users vote posts up or down to determine their positions and popularity. Users can comment, participate in discussion, share threads and more. Content can be broken down into subreddits, sub-communities focused on specific topics. They can be about music, books, or a particular city—pretty much anything. Users can subscribe to certain subreddit topics to personalize their experience on the site.

While marketers and advertisers have taken advantage of networks like Facebook and Instagram, Reddit isn’t as widely utilized. However, it can be a great tool for communicating with your target audience. While users see right through most attempts at marketing, there are some ways to crack it. Specifically, Reddit has something called an Ask Me Anything (AMA). Brands, movies and TV shows have hosted AMAs with popular celebrities that received a lot of attention. Successful AMA personalities include President Barack Obama, Bill Gates, Aziz Ansari, Gerard Butler and more.

If you think a Reddit AMA is something that can benefit you, here are some best practices for hosting a successful Reddit AMA.

You can start your AMA at any time by starting a thread with an AMA tag, but it’s likely to get lost in the shuffle. Reach out to Reddit and let them know the date and time. They can add it to the “Upcoming AMAs” list.

You have just a few words to sell your AMA. It needs to be interesting enough that it pulls people in and informative enough that they know what they’re getting into. Be descriptive, and don’t assume users know who you are.

This should be obvious, but you need to have a general idea of your message before you go in. When Bear Grylls hosted an AMA sponsored by a deodorant company, he knew he was there to talk about adventure, not deodorant. Anticipate some frequently asked questions and have some responses ready.

Users are asking real questions, not softball queries planted by a PR team on a daytime talk show. You should be genuine and open, and show your thread’s followers that you’re there to connect with them. You can avoid some questions if you don’t have time to answer them all or if they’re particularly bad, but you shouldn’t dodge too many. If you avoid too many tough questions, you’ll come across as dishonest and dodgy.

It’s tempting to get on Reddit and promote your brand or product, but users will not respond well. It’s fine if the AMA corresponds with a launch or release (it’s actually a strategic move), but it shouldn’t be a nonstop sales pitch. AMAs are a chance for you to interact and connect with interested parties in a more personal way. You can link to your produce and answer questions about it, but be open to tangents or changes in direction.